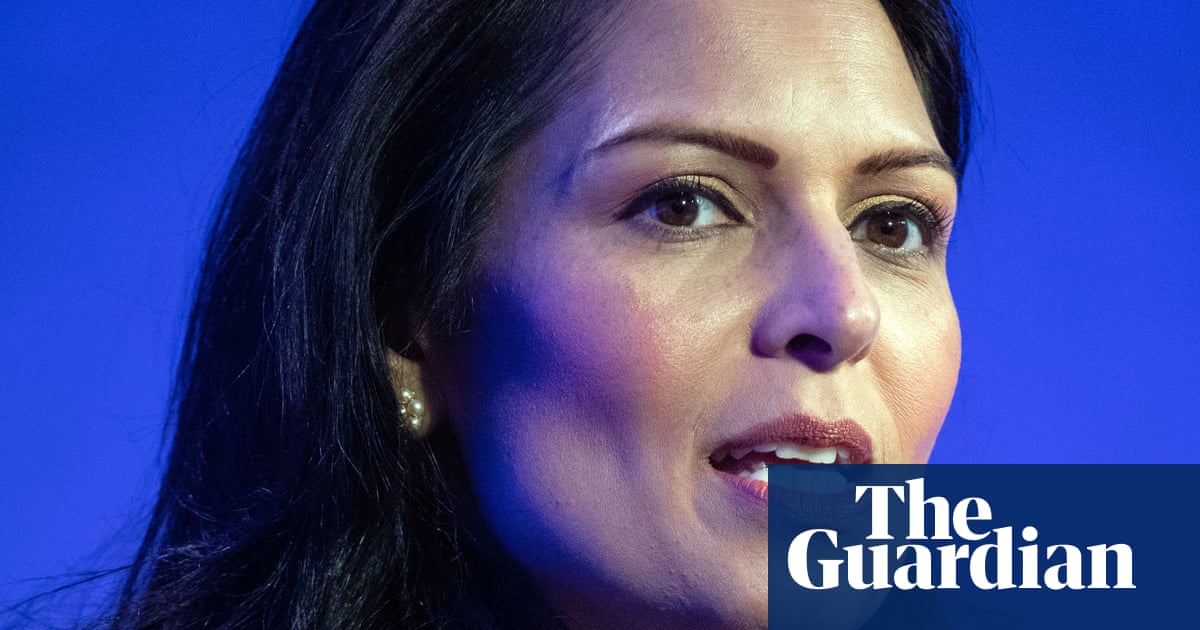 Priti Patel has declined to say how much, if anything, travellers to the UK might need to pay for a planned new digital visa system, part of a series of sweeping changes to the immigration and asylum system outlined by the home secretary.

In a virtual speech on Monday, Patel said the planned system, similar to the US Esta electronic travel authorisation, and which would apply to any entrant without an existing visa or immigration status, would make immigration “simpler and more secure”.

“Our new fully digital border will provide the ability to count people in and count people out of the country,” she told an online conference organised by the Tory-leaning Bright Blue thinktank.

“We will have a far clearer picture of who is here, and whether they should be, and we will act if they are not.”

But in a subsequent question-and-answer session, Patel declined to say how much applying for the visas might cost, or give any other information, for example whether they would need to sought for each new trip.

“This is something many other countries in the world have already, and it is a system where we can, effectively, upstream checks. So this is really important in terms of border security and a getting a better understanding of who is coming to the United Kingdom,” Patel said.

The plan would require legislation, and “much more information and the background” would come then, she said, adding: “We’re not going to disclose all the operational tools that we will be using.”

Post-Brexit, at a future date – likely to be next year – UK travellers to the EU will need to apply for a €7 visa waiver under the European Travel Information and Authorisation System, which would last for three years, or until the passport expires.

The new UK system would also apply to EU arrivals, apart from those who have the existing right to live in the UK, but it is not known if this will be similar.

Also in the speech, Patel appeared to take aim at protesters seeking to thwart immigration removals, after a crowd in Glasgow surrounded a van in which two men were to be taken away, securing their release.

Patel linked such action to the threat posed by people wanted for removal from the UK after committing serious offences. There is no evidence either of the men in Glasgow had committed crimes.

“For too long we have been frustrated by those who know how to play the system,” Patel said in her speech.

“I have a message to those who seek to disrupt our enforcement officers: they should think about whether their actions may be preventing murderers, rapists or high-harm offenders from being removed from our community. And they should think long and hard about the victims of these crimes.

“We will not allow such disruption to prevail. Dismissing public concern about this state of affairs is monstrous. Refusing to deal with it would be a gross dereliction of duty. Enough is enough.”

Sasha Johnson: BLM activist may have been shot by mistake

The Linda Lindas on their viral song Racist, Sexist Boy: ‘It’s good to let the anger out’