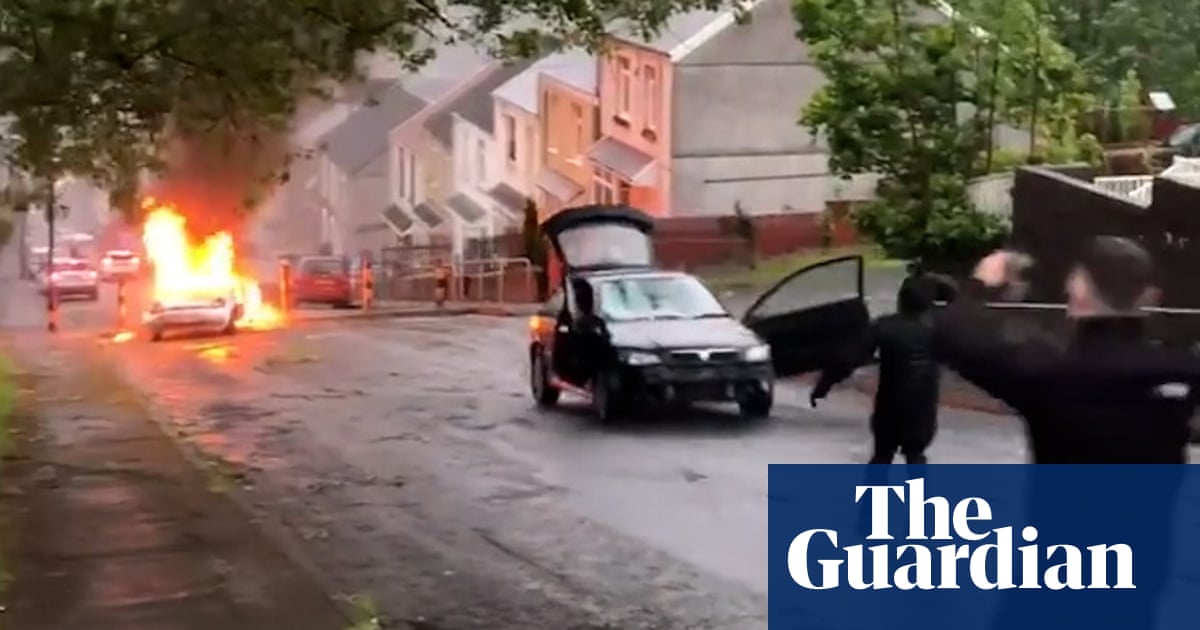 Footage shows rioters pushing a car down a hill after torching another as violence erupted at a vigil for a Swansea City fan. About 100 people were involved in the unrest, with a large crowd cheering as the cars were damaged. Police have promised ‘robust action’ against those who damaged vehicles and hurled bricks through windows in the Mayhill area of Swansea