58
Shares
Facebook22Twitter14WhatsApp3Telegram1
Linkedin1Pinterest5Tumblr1
NEWYou can now listen to Fox News articles! News emerged Wednesday on the six Belarusian soldiers who went missing in the Luhansk region late last month after they volunteered to…

News emerged Wednesday on the six Belarusian soldiers who went missing in the Luhansk region late last month after they volunteered to fight for Ukraine against Russia, with reports confirming at least one had been killed and another captured.

Soldiers from the Kastus Kalinouski Regiment, who pledged their allegiance to the Ukrainian armed forces in March, reportedly engaged in a deadly exchange with a Russian convoy June 26.

Half of the patrol was able to escape the firefight, while the other half remained behind to hold off the Russian forces, Belarusian news outlet Nasha Niva first reported. 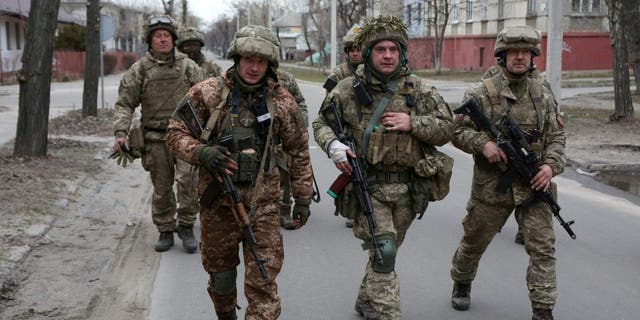 At least one Belarusian fighter — Ivan Marchuk, commander of the Volat Battalion — was confirmed to have been killed in the exchange in a video posted by a Russian telegram account, various reports said Wednesday.

Marchuk, who went by the call sign “Brest,” was a leading figure in the recruitment of the roughly 500-strong volunteer Belarusian fighting force.

Brest reportedly sustained severe injuries to one of his legs and head as he fought to provide cover for other retreating forces from his regiment. 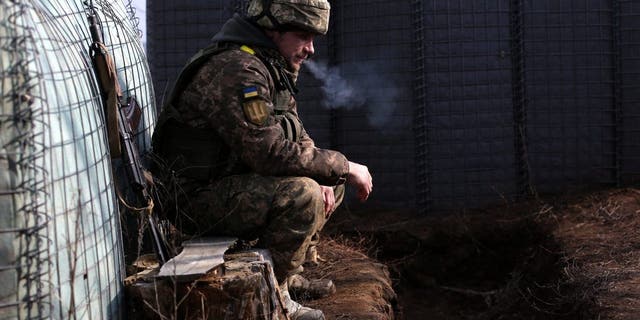 A Ukrainian serviceman smokes at a position on the front line with Russian-backed separatists near the settlement of Troitske in the Lugansk region on Feb. 22, 2022. (Anatolii Stepanov/AFP via Getty Images)

ZELENSKYY SAYS BELARUS INVOLVEMENT IN WAR WITH RUSSIA CAN BE AVOIDED

The whereabouts of five other Belarusian soldiers engaged in the exchange remained unknown until at least one soldier appeared in a video posted to a Russian Telegram account Tuesday.

The post claimed he is not the only captured soldier.

“Since our soldier is a contract military serviceman, not a mercenary, he is officially a prisoner of war,” the Kastus Kalinouski Regiment reportedly said in response.

The Belarusian news outlet said the death of at least one and the potential capture of five other regimental soldiers is the largest loss the Belarusian volunteer group has suffered in the most recent war against Russia. 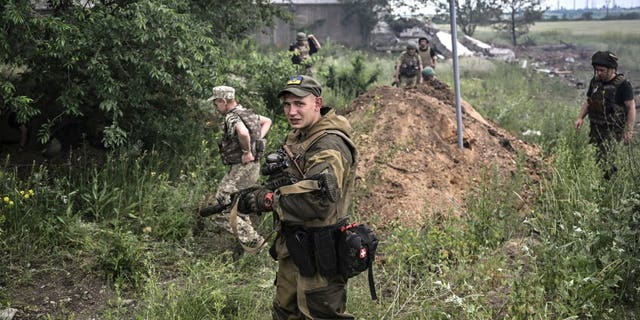 A Ukrainian serviceman after a strike on a warehouse on the outskirts of Lysychansk in the eastern Ukrainian region of Donbas June 17, 2022. (Aris Messinis/AFP via Getty Images)

Members of the Kastus Kalinouski Regiment — named after a Belarusian revolutionary who led an uprising against Russian occupation in the 1860s – also fought against Russian forces following Moscow’s 2014 invasion of Ukraine.

Fox News could not immediately reach the Kastus Kalinouski Regiment for comment.