58
Shares
Facebook22Twitter14WhatsApp3Telegram1
Linkedin1Pinterest5Tumblr1
NEWYou can now listen to Fox News articles! Fighting along Ukraine’s Dnieper River continues to escalate as Russia responds to Ukrainian advances by ramping up its shelling offensive on southern…

Fighting along Ukraine’s Dnieper River continues to escalate as Russia responds to Ukrainian advances by ramping up its shelling offensive on southern cities.

Russian forces overnight conducted two attacks on the city of Nikopol – located on the right bank of the strategically important river – raining down some 60 shells onto the city’s electric infrastructure and private housing, regional officials said Thursday.

The BM-21 Grad Multiple Rocket Launch system was reportedly used in the shelling campaign though no civilians are believed to have been killed in the strikes. 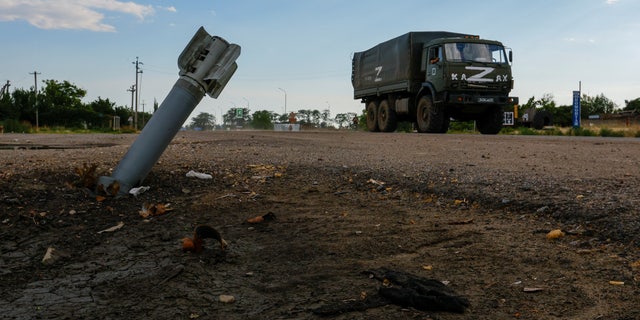 A Russian military truck drives past an unexploded munition during Ukraine-Russia conflict in the Russia-controlled village of Chornobaivka, Ukraine, July 26, 2022. (REUTERS/Alexander Ermochenko)

The command warned Thursday that as Ukrainian forces make some advances in southern Ukraine, Russian shelling is expected to increase.

“The situation in the operation zone of the South…is complex and dynamic in development, but the defense forces are keeping it under control,” the command said. “The enemy has no changes in the composition and position, holds the fortified boundary of defense.”

The attack comes as Ukrainian troops attempt to repel Russia from the Kherson region, roughly 130 miles south of Nikopol. 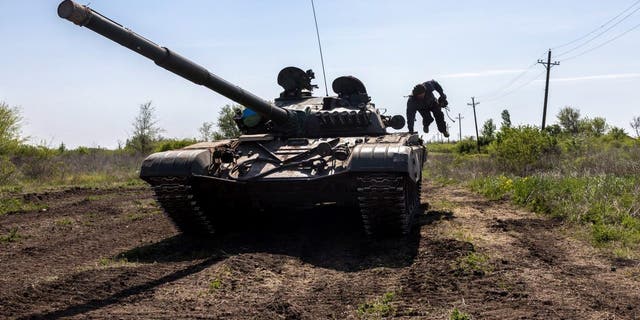 A Ukrainian tank crew takes part in a training exercise with infantrymen on May 9, 2022, near Dnipropetrovsk Oblast, Ukraine. (John Moore/Getty Images)

Over the last week, Ukrainian forces have made some advances in the Kherson region by destroying several logistical routes that Russian forces relied on to connect their supply lines over the Dnieper River with the Crimean Peninsula.

The U.K. defense ministry has assessed that Russia is relying on at least two vulnerable ferry crossings now to transport its logistical needs across the river after the Antonovsky Bridge and a rail line were damaged by Ukrainian forces with U.S.-supplied High Mobility Artillery Rocket System (HIMARS).

“The radar reflectors are likely being used to hide the bridge from synthetic aperture radar imagery and possible missile targeting equipment,” the ministry said in an intelligence update. “This highlights the threat Russia feels from the increased range and precision of Western-supplied weapons.” 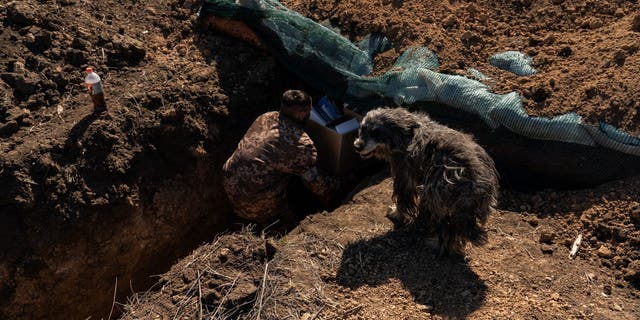 Ukrainian soldiers carry supplies into the trenches on the front lines between Mykolaiv and Kherson in Ukraine, March 22, 2022.  (Salwan Georges/The Washington Post via Getty Images)

Ukraine has begun to make some advances against Russia’s military with the aid of Western-supplied artillery systems like HIMARS.

However, officials have warned these systems are not enough to effectively engage with Russia and cannot reach Russian forces firing upon Ukraine from the Black Sea.