58
Shares
Facebook22Twitter14WhatsApp3Telegram1
Linkedin1Pinterest5Tumblr1
NEWYou can now listen to Fox News articles! Russia on Tuesday slammed comments made by one of its long-time diplomats to the UN who resigned this week over Russian President…

Russia on Tuesday slammed comments made by one of its long-time diplomats to the UN who resigned this week over Russian President Vladimir Putin’s war in Ukraine.

“He is not with us, he is against us,” Russian presidential spokesman Dmitry Peskov told Moscow-based news outlets Tuesday.

Boris Bondarev, who served in the Ministry of Foreign Affairs since 2002 and as Counselor of the Russian Mission to the UN Office at Geneva since 2019, announced his resignation in a letter posted to LinkedIn. 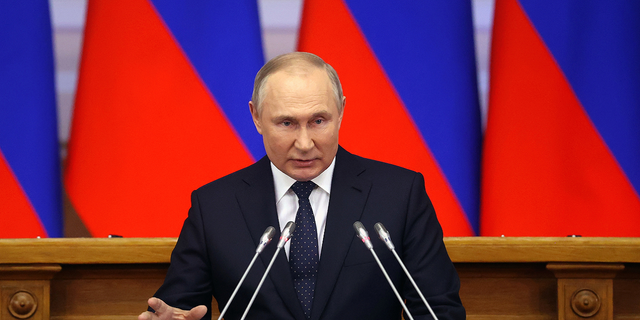 “For twenty years of my diplomatic career I have seen different turns of our foreign policy, but never have I been so ashamed of my country as on February 24 of this year,” he wrote.

Bondarev said the “aggressive war unleashed by Putin” posed not only a threat to Ukraine, but to a free Russian society.

In a scathing letter, he accused Kremlin officials of seeking to “remain in power forever” and “live in pompous tasteless palaces.”

Peskov pushed back on the Russian diplomat and claimed Putin’s war in Ukraine is supported by the majority of Russians.

“Mr. Bondarev is no longer with us,” Peskov said. “He is critical of the Russian leadership’s policies, which are supported by practically the whole population of our country. 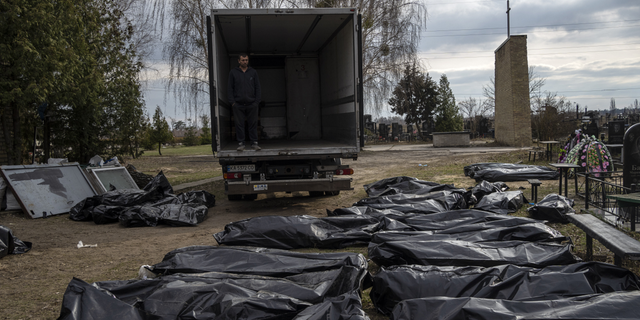 WARNING: GRAPHIC IMAGE: A cemetery worker waits in a truck before colleagues start to load the corpses of civilians killed in Bucha, before transporting them to the morgue, on the outskirts of Kyiv, Ukraine, on Wednesday. (AP/Rodrigo Abd)

“Consequently, this gentleman has come out against our country’s consolidated opinion,” he added.

Bondarev accused the Kremlin of employing 1930-Soviet era propaganda practices and claimed he has seen the lies it employs on its nation mount in recent years.

“I regret to admit that overall these twenty years the level of lies and unprofessionalism in the work of the Foreign Ministry has been increasing all the time. However, in most recent years, this has become simply catastrophic,” he said.

Russia has relied on a litany of propagandist tactics to garner support and shield the reality of the war from its own population.

Putin has yet to fully declare war on Ukraine and continues to allege it is a “special military operation” levied to root out Nazism in Ukraine, despite the fact that Ukrainian President Volodymyr Zelenskyy is Jewish and was democratically elected. 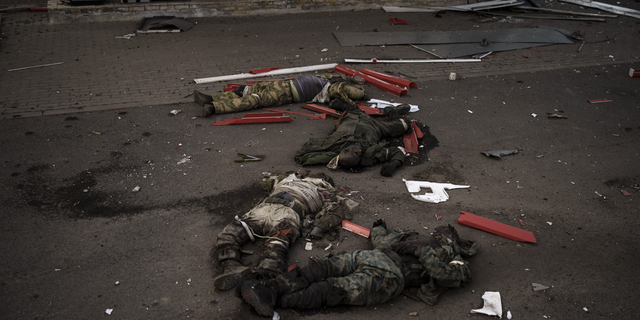 The bodies of unidentified men, believed to be Russian soldiers, arranged in a Z, a symbol of the Russian invasion, lie near a village recently retaken by Ukrainian forces on the outskirts of Kharkiv, Ukraine, on Monday, May 2. (AP/Felipe Dana)

Reports of mobile crematoriums first surfaced in the early days of the war as an alleged attempt to hide the number of soldiers killed in Ukraine.