Fox News’ Alex Hogan interviews IAEA Director Rafael Grossi who lays out his current nuclear concerns and responds to Moscow’s claims that a Russian loss in Ukraine could trigger a “nuclear war”.

Russia’s nuclear energy agency Rosatom has been working to supply Russia’s military with raw materials for missile fuel, components and technology in a move to help it circumvent sanctions and continue the war in Ukraine, a report by the Washington Post found Friday.

According to a letter obtained by Ukrainian intelligence from a Rosatom chief in October 2022, the agency referred to a meeting with the defense ministry and offered to supply aid to the Russian military and to weapons manufacturers that are under international sanctions. 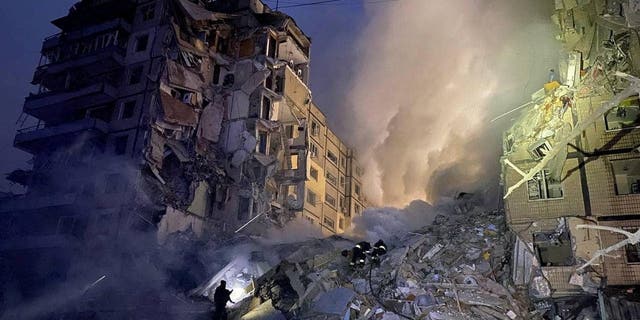 Rescuers work at the site where an apartment building was heavily damaged by a Russian missile strike, amid Russia’s attack on Ukraine, in Dnipro, Ukraine Jan. 14, 2023.  (Press service of the State Emergency Service of Ukraine/Handout via REUTERS)

It is unclear when Ukrainian intelligence got a hold of the letter, though reports surfaced earlier this month indicating that Kyiv was pushing the European Union to target the Russian energy company in its next round of sanctions.

Despite Rosatom’s involvement in illegally occupying Ukraine’s Zaporizhzhia nuclear power plant since March 2022 and appeals made by Kyiv and NGOs, it has evaded Western sanctions.

The U.S. and the EU blackballed Russian oil, natural gas and coal in a move to hinder Russian President Vladimir Putin’s war efforts, but Rosatom has remained out of the sanction crosshairs.

The Biden administration reportedly considered sanctioning the Russian nuclear energy giant at the onslaught of the invasion, but ultimately decided against it as the White House looked to find cleaner energy alternatives. 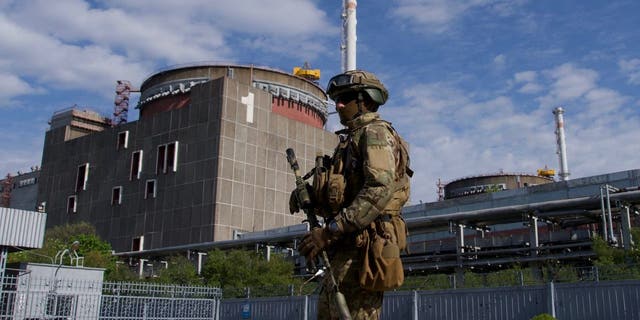 A Russian serviceman patrols the territory of the Zaporizhzhia Nuclear Power Station in Energodar on May 1, 2022.  (ANDREY BORODULIN/AFP via Getty Images)

US SENDING ANOTHER $2.5 BILLION IN MILITARY AID TO UKRAINE

The U.S. has stopped short of banning energy imports from Russian when it comes to mineral fuels including uranium, which account for roughly half of all uranium needs for U.S. nuclear power plants, reported Reuters last year.

In 2019 Russian imports of mineral fuels totaled $13 billion according to the U.S. Trade Commission, though this figure dropped slightly in 2022.

U.S. imports of mineral fuels remained Washington’s top imported good from Russia during the first seven months of the war in Ukraine, but fell by 17 percent from the year prior, accounting for 43 percent of total imports compared to 60 percent in first seven months of 2021, a report by the U.S. Trade Representative said in December 2022. 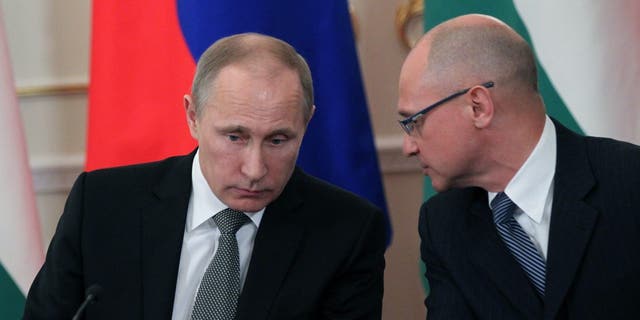 European nations like Poland, Estonia, Latvia and Lithuania have all called for Rosatom to be hit with international sanctions, and it is unclear if agency’s actions to help Russia evade sanctions will prompt the Biden administration to take further action.

Fox News could not immediately reach the State Department for comment.