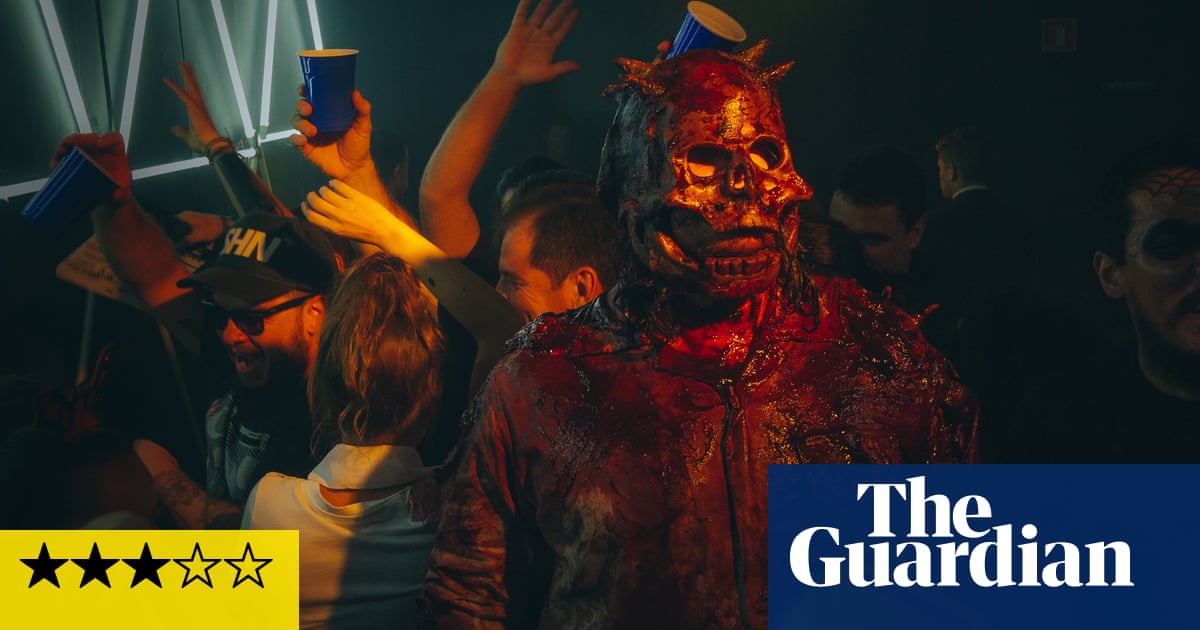 Anyone who wanted more of the human-sacrifice scene in Mel Gibson’s Apocalypto will be overjoyed by this silly, uneven but strangely appealing slasher film that leaves no heart unripped from human thorax. A mystifying prologue sees Nazis unearth a grotesque pre-Colombian skull mask, which looks like Darth Maul’s Sunday best. The artefact resurfaces in modern-day São Paulo where, after chewing up the archaeologist who found it, it attaches itself to one of the crime-scene cleaners. He is transformed into a host for Anhangá, an indigenous demon who loves an old-school blood sacrifice.

Here’s hoping the actor in the mask (Brazilian wrestler Rurik Jr) didn’t make any earnest thespian inquiries about Anhangá’s motivation, because this is a tough one to answer. It’s hinted he’s on a lumbering journey towards a church where a rival god’s femur is kept; Manco (Wilton Andrade) – a fruit-seller who is also part of some ancient order – is determined to intervene. Also following the entrails is detective Beatriz (Natallia Rodrigues), who is blackmailed into cooperating with a gaunt corporate CEO (Ivo Müller) planning to use the mask in a ritual involving abducted Bolivian children.

By the time Anhangá is making carpaccio of a nightclub full of ravers, it’s clear his motivation is really to provide steady employment for Brazil’s practical-effects artists. This, in fact, is co-director Kapel Furman’s background – and, from scooped-out torsos to the vine-like appendages writhing around the killer’s body, he undeniably delivers.

The profusion of plot strands is almost as messy as the omnipresent innards – and any intended social comment about the influence of Brazilian plutocrats gets lost down there. But, while it lacks focus, there’s a rude vigour about Skull: The Mask, which has as many passages of exciting film-making as amateurish ones. The exploitation film-style prologue suggests Machete on a South American holiday, and the directors use drones and digital shooting to skilfully scope out the concrete spaces of the climax. The butchery is interspersed with eerie inserts – blood welling up inside a chalice, for example – that grasp at a more mystical tone than elsewhere. A surprisingly vibrant addition to the charnel house.