Switzerland walks out of seven-year treaty talks with EU 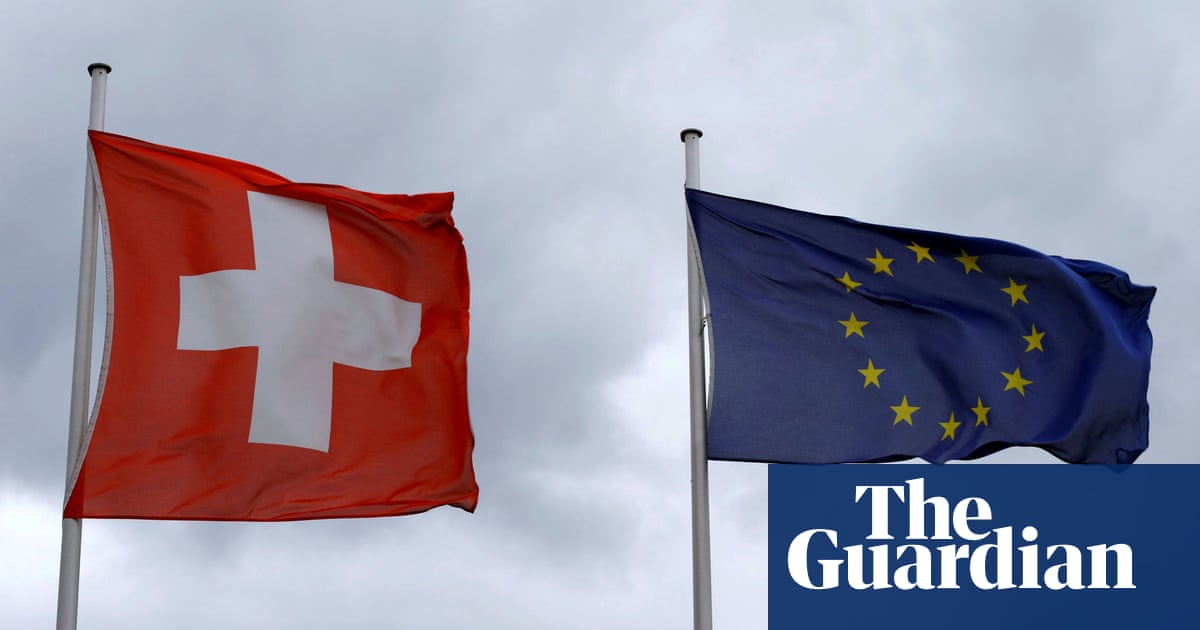 Switzerland has walked out of talks on a closer trading relationship with the European Union despite being offered better terms than the UK in key areas, EU officials have claimed.

On Wednesday the country’s foreign minister, Ignazio Cassis, pulled the plug on long-running discussions with the EU, saying that Berne’s conditions were “not met”.

Switzerland, while outside the EU, is the bloc’s fourth biggest trading partner and its economy is closely integrated with those of the 27 member states. Citizens of Switzerland and the EU member states have a mutual right to free movement.

But the Swiss government claimed it could not accept the EU’s demands to maintain and deepen ties as they would be rejected in a legally required referendum on a deal.

The two sides have been in talks for seven years over a new framework that would overtake the 100-plus bilateral treaties that govern Swiss access to the single market, but which risk becoming outdated and hampering trade.

The negotiation collapsed due to Switzerland’s rejection of the jurisdiction of the European court of justice, and of a free movement directive that would offer permanent residence to EU citizens, with access to social security granted to non-employed residents such as job-seekers and students.

The European Commission has responded publicly by warning of a risk to the “privileged access” enjoyed by Switzerland to its markets. Behind the scenes, EU officials said they were not “hugely surprised” by decision from Berne, claiming that while Brussels had offered to commit “two or three days a week” to talks, the Swiss came “every fortnight to discuss things”.

But senior EU officials suggested they were left bemused by the attitude of the Swiss government over their demands for “dynamic alignment” with EU law, said to be necessary to ensure a “level playing field” for businesses on both sides.

“If you look at the areas where we wanted alignment with Switzerland, look at the content of the level playing field that we tried to put in place and compare it with that for the UK – while the Swiss have access to the internal market and the UK doesn’t, the level playing field aspect there is weaker,” one official said. “It was actually less than what we were demanding from the UK. Because that didn’t take account of the environment or taxation or social issues. It focused mainly on state aid.”

On Thursday, Cassis said parts of the Swiss economy would now need to prepare for disruption due to the risk of barriers to trade emerging as bilateral agreements failed to keep up with developments. Of immediate consequence is the expiration yesterday of regulatory permissions allowing Swiss-certified medical devices to be sold in the EU.

Cassis said: “There will of course be a readjustment situation on the part of certain sectors of the industry which will find themselves facing some difficulties to overcome. The federal council will do everything possible to give them a hand, but it is undeniable that it is an effort that the whole of Switzerland must make and not just politics.”

Both the Swiss government and the EU have rejected comparisons to Brexit. Some have described the potential fracturing of trade ties as a “Swexit”.

However, officials in Brussels said that Swiss suggestions, made since the walkout, that the country could align with some parts of EU law to maintain access to key sectors, were examples of “cherrypicking”, a phrase commonly used to describe British positions over the previous five years.

Georg Riekeles, an associate director of the European Policy Centre thinktank in Brussels, said the Swiss decision could prove expensive. “Many in Switzerland have failed to recognise that after Brexit their exorbitant privileges could no longer be,” he said. “The consequences of their denunciation will now be felt rather immediately. Bit by bit, the economies will decouple at a cost to Switzerland estimated at up to €1.2bn per year.”

Did Covid come from a Wuhan lab? What we know so far