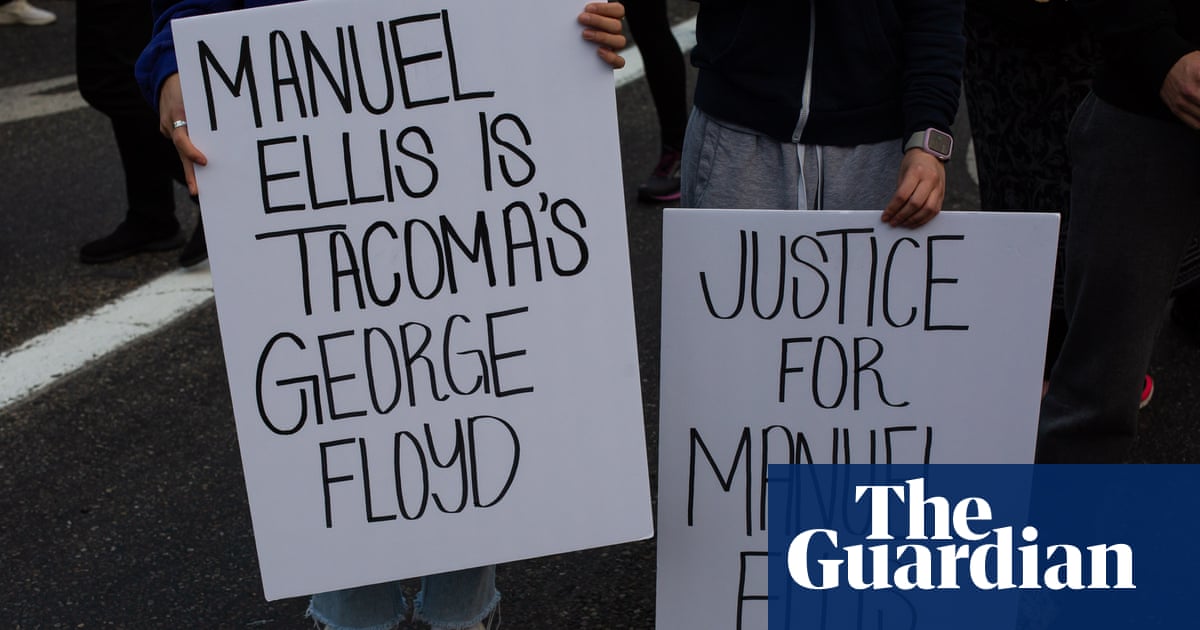 The Washington state attorney general’s office has filed felony charges against three police officers in the killing of Manuel Ellis, a 33-year-old Black father of two, who, moments before his death, called out: “I can’t breathe.”

This is the first time the office has filed criminal charges against police officers for unlawful use of deadly force.

Tacoma police officers Christopher Burbank and Matthew Collins were charged with second-degree murder, while Timothy Rankine was charged with first-degree manslaughter. The maximum sentence for both offenses is life in prison. It was unclear whether any of the three officers had retained a lawyer.

The decision came more than a year after the Pierce county medical examiner’s office ruled Ellis’s death a homicide, and followed months of contradicting information from law enforcement officials, who framed Ellis as the aggressor, and eyewitness testimony and video that showed the opposite.

According to the statement of probable cause, Ellis had been heading home after getting a snack from a convenience store on 3 March when he encountered Tacoma police officers Burbank and Collins. The three of them were seen talking when witnesses described one of the officers using his police car door to shove Ellis to the ground.

Video of the scene and statements from eyewitnesses show the officers tackling and repeatedly striking Ellis. He was hit with a taser multiple times, hog-tied, and at least one officer’s knee was put on his neck or back.

In a series of Ring videos previously released, Ellis can be heard screaming: “I can’t breathe sir. I can’t breathe,” followed by what sounds like an officer saying: “Shut the fuck up.”

As protests against police brutality and racism spread across the US last year, following the police killing of George Floyd, a Black man in Minneapolis, Ellis and the circumstances surrounding his death became a key rallying cry in the Pacific north-west.

In a statement Thursday, Inslee thanked the attorney general, Bob Ferguson, for what he described as a “comprehensive investigation”.

He added: “We must remain proactive – from those of us in elected office to those providing services in our communities – to turn the tide of injustice. Dr Martin Luther King Jr said, ‘The moral arc of the universe bends toward justice,’ and it takes all of us to usher it into existence.”